Guiding you to the best drones with camera of 2017 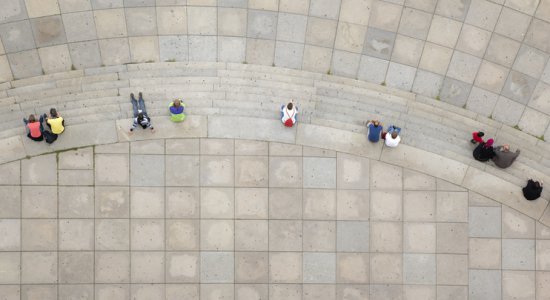 Taking photos and video with a quadcopter is an amazing feeling, and you can get the kind of footage that was just impossible for most people to get only a couple of years ago. This will revolutionize the photo industry and the UAV industry as well. From being almost unknown for personal use, the year of 2016 was said to be the year of the drone, and 2017 has so much new stuff to offer.

Year of the Drone
Many things happened in 2016 for fans UAV:s. GoPro drones came and went, hopefully they will be back with a vengeance in 2017, and amazon started to deliver some of their goods by them. We have a lot look forward to 2017, the relaunch of GoPro drones, and I cant wait to see what ehangs one man flying machines will have to show the public this year.

Selecting the Right Quadcopter
When you are looking the the right quadcopter for photos or videos there are many things you need to keep in mind. You basically want the best drone with camera for the money you spend. Quadcopters can be expensive, and there are several price classed, with varying quality.

If you have money to spend, you might want to look at the DJI:s latest creating, the DJI Inspire, which sells for around 3000 USD. This is a professional video aerial commercial drone mostly aimed at professional film makers. It has 4K HD video support and a great 360 degree gimbal.

For around 1000 USD you have the DJI Phantom 4, which will satisfy most of the general public, and probably many of the pros as well, with great footage, and an easy to control quadcopter with a good 3D gimbal. This is one of the best sellers right now. For a drone for GoPro check out the 3DR SOLO, which is considered to be the best gopro drone, making it easy for you to mount your GoPro hero 3 och hero 4 camera, and use that go get great photos.

For less than 500 USD you have the parrot 2 AR.Drone, which is the smallest of these, and it is just more of a fun beginner quadcopter. I would say that this is the best beginner quadcopter right now, although it costs more than some of the smaller units, this is just more quality and more fun to fly. The camera is not that bad, but of course far from the quality of the GoPro or the integrated cameras of the Inspire or the Phantom.

Drones That Follow You
More and more people are using Follow Me quadcopters to film action sports like surfing, skiing, cross or even jogging and cycling. You can get outstanding 4K footage of your stunts, and they can trail behind you perfectly to create the perfect actions sports footage. Some of the best choices right now include the DJI Phantom 4 Pro, and DJI Mavic Pro, which can trail behind your, and capture stunning videos. The Phantom Pro has active track, which makes it easy to select the right target to follow. Using a drone that follows you is the best way to get action sports footage right now. For more info, check out DroneGuru, giving you reviews of the best drones for sale 2017.